Picture this, if you think it wise:

After a long day – or even a short day – of being a person who gets stuff done, I like to get myself a beverage, take off my trousers, and sit around in my underwear for a while.

The other day I was sitting on the sofa, elegantly sprawled and scratching bits that needed to be scratched, when I noticed a big bruise on my thigh. It was the kind of bruise that says ‘Hey!‘

So I looked at the bruise, said ‘Hey,’ back, and wondered where it had come from. My curiosity didn’t last long – I got distracted by my beverage, which on this particular occasion was hot, and had a half-biscuit floating in it.

Later that night, however, I was getting undressed, with all the ease and style of a stupid dog trying to escape from a sleeping bag, when I noticed other bruises on the back of my leg.

I tried to get a better look, which meant turning in circles for several minutes, and discovered that I had large bruises all over the back of my thighs and calves.

I tried to figure out the last time I had encountered inanimate objects in such a violent manner. I couldn’t remember, so I proceeded to prod and poke each of the bruises to find out which ones hurt when prodded or poked. It turned out all of them did.

Although l couldn’t remember encountering any aggressive objects which might explain the contusions, I had watched a couple of violent movies recently, and I began to wonder if there was a correlation. Perhaps they were sympathy injuries, caused when the protagonists of these movies were wounded?

To determine the accuracy of this hypothesis, I devised an experiment.

In the following few days, I bumped into no new objects, and developed no new bruises – so I now had a benchline for the experiment:


No protagonist injuries = no unexplained bruises.

And lo and behold – the next day I found a new bruise: just a little one, on the side of my right thigh.

Hypothesis satisfied! A direct correlation between my viewing habits and tendency to develop bruises had been proven.

And if you needed further proof (as if!): last night I watched a Godzilla movie. Today I trod on a Lego toy and broke it.

I’ve also got a new bruise on my foot. 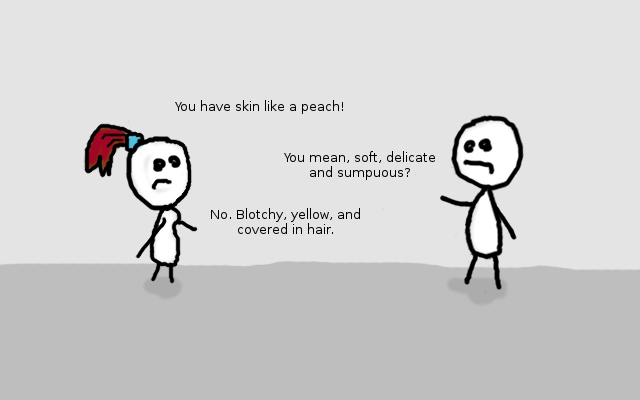