In this time I’ve manage to squeeze from my creative sphincter four full, and two half novels; a smattering of short stories, and two depressing poems. Two of these novels were sent off to the Club of Literary Agents, where they got drunk, and nobody asked them to dance, and they came back home at the end of the evening and had a wank and cried themselves to sleep. The others just got stuck having pre-club drinks at the Need-Another-Redraft bar.

But I’m not getting any younger, and there comes a time when if you want something done, then damn it, you’re just going to have to do it yourself.

But if that something is publishing a piece of fiction you’ve wrestled and fought and molested over many years, it’s bloody stressful.

Publishing a novel online is a huge gamble. Many print publishers will not consider any work that has been previously published, even partly, online. Someone who goes this route goes it alone, and risks the brutal crushing of all their literary hopes and dreams through the venture.

If the alternative to success, (even limited) recognition of one’s efforts, and motivation to continue writing is despair and admission of defeat, then the stakes could be as stratospherically-high as finding oneself self-defenestrating from the window of a call-centre, or – worse still – answering phones in one.

Self publishing is (arguably) no longer looked upon as the vanity exercise as it once was. The world is changing. Bands are going solo without the sticky fingers of record companies in their pies – one of my favourite bands, Protest the Hero, have recently crowdfunded their fourth studio album, releasing themselves from the constraints of traditional record company contracts. Independent film-makers are producing daring content on which movie studios would never take a chance, and more and more directors are realising they don’t need mammoth studios to get concepts onto the screen and in front of an audience.

Sure, there’s undoubtedly a sense of validation that comes with ‘traditional’ publishing that someone somewhere, with their own interests, or those of the company they work for, deems your work to be of a profitable nature. But this system implies and introduces a level of censorship into the industry. Works of merit may not always be profitable, and such a criteria should not constitute our definition of the word merit.

My time has come. Regardless of how this pans out, I am going solo. I am going to be a sister who’s doing it for himself.

So, ladies and gentlemen, I am both pleased and terrified to announce the self-epublication, later this month, of my hi-tech horror/thriller novel, Infected Connection.

Forget the blurb. How about a video teaser?

Yep. That’s me, when I’m not being a cartoon. I shaved off my beard for that. And that’s Miss-Matic in the background.

Now you know what I was doing with those wire spiders – even though only one made it into the final cut.

It’s been a long process, making this teaser. The processing requirements for both the video editing, image manipulation, and 3D graphics were a little too much for LappyII (sucessor to the awesome Lappy, and star of such exploits as striking asphalt before an important presentation, and my ventures into speech recognition). Now it overheats and reboots after only 20 or 30 minutes of activity. I can no longer use it on my lap, and I’ve had to raise it off the table to help the airflow through the vents (yes, my laptop is literally up on blocks as I type this).

I’ve invested a lot of time and energy into this project, and it all comes to a head this month.

More details will be forthcoming. The novel’s website is up and running, at infectedconnection.com, where you can find the blurb, and cover. Another video – a more trailer-like trailer – is on its way too.

So, there we go. I’m trying to get the novel as much exposure as possible before I launch it on Amazon – so if any of you lovely people would like to visit the teaser’s YouTube page and comment or give it the thumbs up (please!), share it on Facebook or your blogs, scare your friends and colleagues, or whatever… I would be very grateful, and promise to rank you just above cheesecake and just below otters on the list of things that I love. 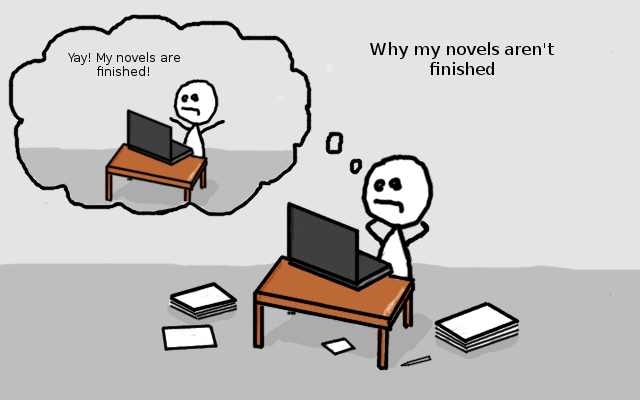