A. Ashley Straker is a thirty-something writer, lazy blogger and full-time cake-lover from the UK. 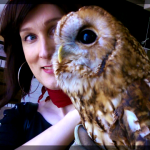 She started writing fiction in 2001 to cope with her disappointment after civilisation didn’t end with the millennium. Her first full novel, INFECTED CONNECTION, was released as an ebook in 2013, and she set up a website for her aspirations as a writer. Unwisely, she named this site after her book, and got very little traffic because most visitors thought they had a virus when the title came up. She’s since decided to use a smaller font for that. 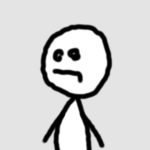 There was an awkward phase

In 2012, A. Ashley Straker began a blog called Ash-Matic Does Things, in which she blogged about things that she did, under the name Ash-Matic. She mainly started this blog in case the world needed bloggers after the 2012 apocalypse, but luckily it didn’t and it’s just as well because she never took blogging very seriously.

In late 2014 she made the dubious decision to amalgamate her two sites, and use infectedconnection.com to host her blog. This has led to the situation you see before you, where her serious literary ambitions have to share space with badly-drawn cartoons and stupid tales.

Most writers tend to stick to one genre, to develop brand awareness and cultivate a following who know what to expect, and this is probably good advice, because the goal is ultimately to sell books and make enough money to throw onto the bed and roll around in. But A. Ashley Straker writes whatever she likes, because she’s not very good at following advice, and also what’s the point in being your own boss if it’s not so you can ignore other peoples’ advice and have nobody else to blame but yourself?? 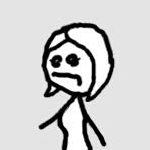 You can find A. Ashley Straker on Twitter (@AshMatica), or contact her here. She’s very friendly and usually only bites if you look like a cake.